Team racing on the marine lake in West Kirby, England

A fortnight ago my circulation froze to a standstill on the edge of a marine lake at the team racing nationals in the north west of England.

It was mid-March and I dripped ice from my tangled hair to my toes. 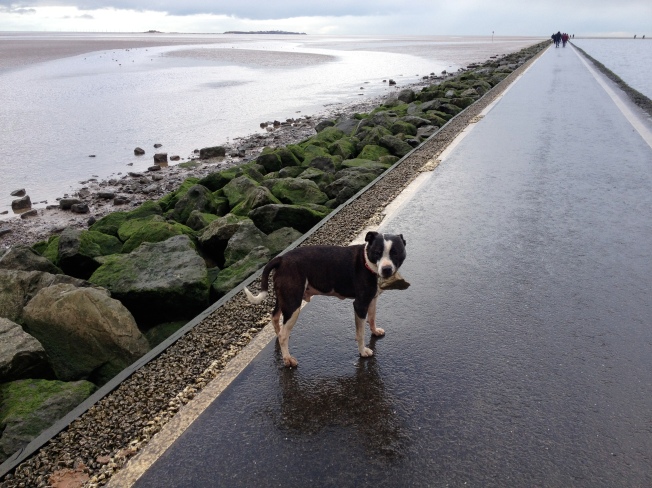 The marine lake at West Kirby on the Wirral is an enclosed, 52-acre, man-made saltwater lake. It is five feet deep and like a giant infinity pool at high tide, with its far horizon stretched out towards Wales.  It is not grand, but it is surprising and strangely wonderful.

“Ha!” you might say.  “You have not travelled enough – go meander the Meditteranean – try Africa.”

Perhaps … but I’m not sure you can beat the touchable intensity of watching Firefly team racing in a sodden lack of wind on the Wirral.

Can you be that close in the Med? Can you find that rising, chilblain damp in Africa? Can hot coffee mean the same?

At West Kirby we could hear the crews as they strained for angles and advantage at every buoy. We could plot the protests in the brief ten minutes of each ‘Starboard S’. We could focus on the fluorescent fire of the sails – gaudy lamplights in the grey.

We were together – the crews in their hulls and the spectators on the perimeter parade – all of us equally damp in the head. 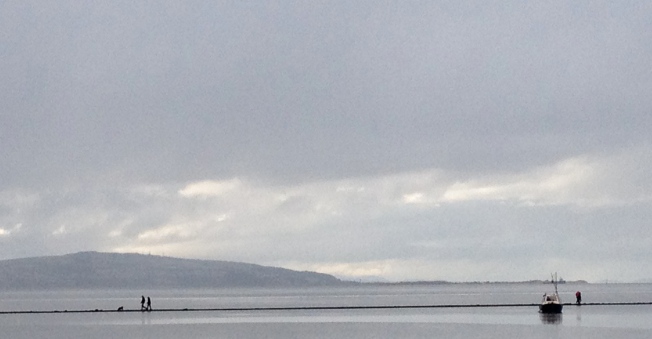 View across the marine lake in West Kirby, England

As the grey thickened and the cold-tightened, and as Wales disappeared we smudged as one into a watery neverland, in the thrall of flaming sails and bedraggled dogs.

It was a bizarre, memorable experience. I can’t remember who won what, or why … but I shall never forget that we were there.