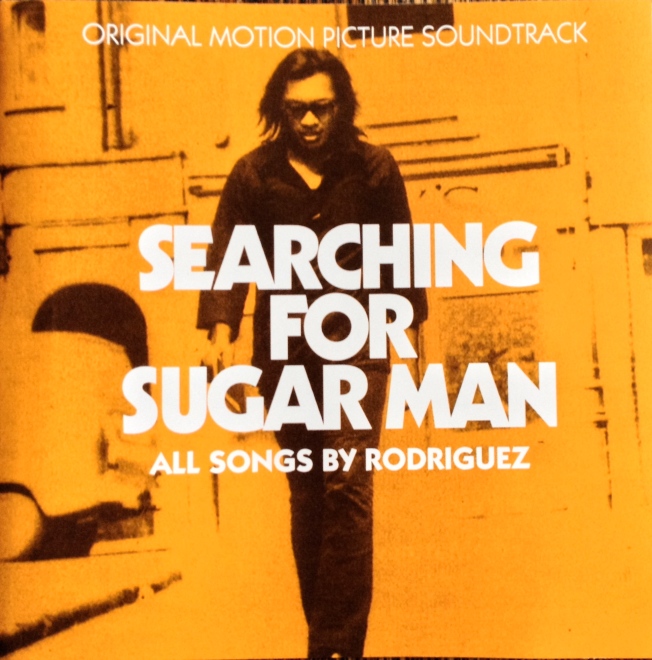 The story of the search for Sugar Man first ambled across our film screens about two years ago – a low-budget documentary that slowly began to rumble in from the margins.  The reason – it’s an extraordinary story and the telling of it a perfect fit.

The tale is told through South African voices, fans of Sixto Rodriguez – known to them as The Sugar Man.  The hero is elusive from the start.  Details are scarce and include conflicting stories about his dramatic suicide on stage.

We learn that the music of this Mexican-American singer was produced in the 1970s in the USA but sank over there with barely a bubble.  Somehow it then made its way out to South Africa where it travelled from hand to hand, among white, liberal, young South Africans.  This stranded generation, trapped by conscription and apartheid laws, knew immediately that the music was meant for them.

The more the singer’s words agitated censors the more highly they were treasured.  It took just one album, Cold Fact, to deny top status to big names such as The Rolling Stones and Presley – in South Africa the summit belonged to Sugar Man.

Yet, however huge, no-one there knew much about him until the late 1990s when local music journalist, Craig Bartholomew Strydom, decided to try to find out more. Various leads led him down a series of dead ends until, thanks to the lyrics and an advertisement on Facebook, he was connected through to Dearborn just outside Detroit.

The story of the hunt for the singer caught the heart of Malik Bendjelloul a young Swedish film-maker.  He learned about the quest when he was in Cape Town, traveling the world in search of stories.  Five years later his unvarnished, under-funded documentary arrived complete at film festivals and emerged covered in garlands, including an Oscar in 2013.

His film is from two angles.  One includes footage of political unrest in South Africa alongside interviews with those who were young at the time and who remember the heart Sugar Man’s lyrics gave to the fight for change.

The second view takes us into Detroit where it shows us the city’s hardship and  music as camera and journalist sort through the jigsaw story of a humble man forced into manual labour to support his family when his songs fail to find a market.

The whole is gentle and intriguing – not a sad film.  The opposite in fact – it’s deeply encouraging.  A film that reminds you of where real life comes from, and of the power of a compelling voice to bring change.

The best bit of the film, the part that lifts it beyond the ordinary, shouldn’t be mentioned.  The finest way to discover that is to watch it.

Last Friday night they showed the film on the BBC and it is still available on iPlayer for another five days.

Footnote:  Malik Bendjelloul, writer and producer of Searching for Sugarman, committed suicide in May of this year apparently due to depression.