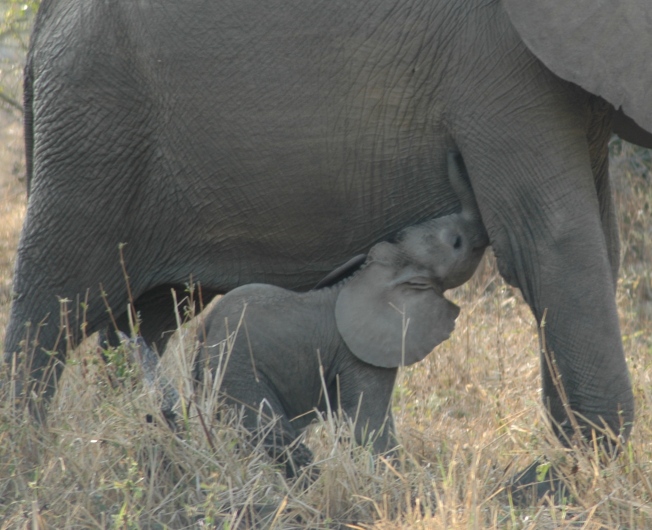 Food and protection in the wild

It’s not easy to face the suffering of animals yet millions of people around the world have looked in on the bleak future planned for over fifty of  Zimbabwe’s young elephants.  It’s a desperate situation but there is a way to help.

Happiness and freedom in Zimbabwe

The Zimbabwe Conservation Task Force recently sent out this information regarding all petitions and letters:

“Several petitions have been started around the world to try and put a stop to the export of the elephants and we would like to appeal to those people who have started them to print out the petitions together with all the signatures and hand them in to their respective Zimbabwean embassies in their countries. Instructions should be given for the petitions to be sent by overnight bag to the relevant ministers in Zimbabwe. These are the President, the Minister of Environment and the Minister of Tourism.  The petitions should all reach Zimbabwe at around the same time, 26th January 2015.”

Here are three links to petitions and letters that I’ve heard about.  There are many, many more out there.

Exact information on how many elephants are already captured or exported from Zimbabwe is difficult to come by however, thanks to the efforts of the courageous and concerned in Zimbabwe an urgent, fractured picture has emerged.

Here is the situation to date as I understand it.

Zimbabwe’s main arguments for the sale of its young elephants:

– Zimbabwe does have plans to export over fifty, possibly double that number, of young elephants.

– The intended destination for the majority of the elephants captured, or intended for capture, is China.

– Zimbabwe has confirmed its intention to sell young elephants and the country’s two main arguments in defence of this position are firstly that the country has too many elephants, and secondly that those it does have need to earn their keep.

– Zimbabwe has said that the money raised by the sale will be used to fund its National Parks.

– Zimbabwe also argues, correctly, that it’s not breaking any laws with its plans to export or sell elephants.

Some key reasons for the concern of animal welfare organisations are:

Bonded for life but still free

– It is unacceptably traumatic for a young elephant to be separated from its mother.  Elephants are known to remain within fifteen yards of their mother for at least the first eight years of their lives.  The elephants intended for sale are said to be between 3 – 5 years of age.

– Transportation of elephants, whatever their age, is incredibly difficult and travel to China would place enormous stress on the well-being of the elephants.

– Elephants are deeply devoted to the wellbeing of their kind as a whole and decades of field research and observation have concluded that any separation from the whole has to be handled with extraordinary care.

Second: here are three excellent links – one is an article by National Geographic who host a discussion regarding the needs of elephants in captivity, and the others are two videos about the photographer Michael Nichols and the elephants whose lives he took such care to capture on film.

a.  A discussion hosted by National Geographic regarding the well-being of elephants held in zoos

b. Michael Nichols and his photography trip to Samburu (4 mins and 37 seconds – the elephants steal the show.)

c.  A seven minute video on Michael Nichols and why and how he became involved with elephants, firstly in Chad where the frightened animals were slaughtered by machine gun, and secondly with the ‘happy’ elephants of Samburu.

Additional links have been underlined in the article above.