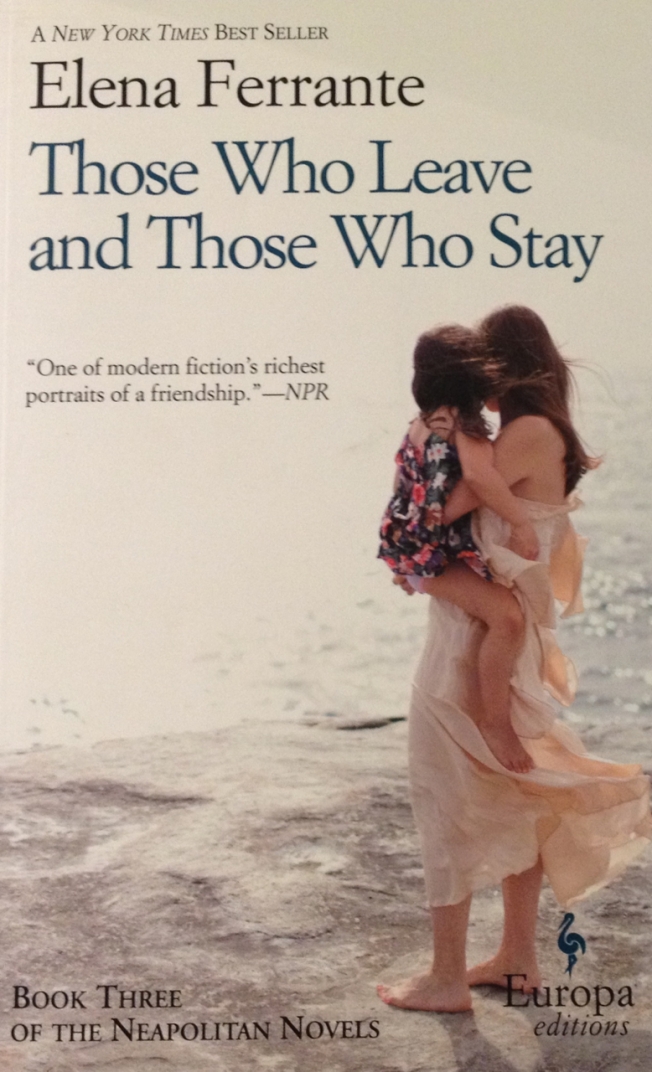 Those Who Leave and Those Who Stay by Elena Ferrante

This book, the third in the series, has an ache in it that grows as the story lengthens.  It is about the absence of love and belonging, and the complications of motherhood.

The themes belong to us all and Ferrante intensifies them against the backdrop of Naples. She paints her story with the city’s colours, chosen for their truth from a palette that other cities struggle to match.

Florence and the River Arno

For most of this book the narrator, Elena Greco, is trapped in restless domesticity on the edge of a new life that fails to satisfy.  Naples, with its entwined, familiar lives, is faded into a distance made foggy by new responsibilities in Florence.

Greco is adrift and we are suspended alongside her, dislocated from her childhood city and her friend, Lila.

The gap is obvious – even the pages seem to turn with less confidence until the chapters return to the city where they began.  Then old friends blow in amongst the scenes, and it’s they who add the Naples to what otherwise might be an ordinary tale of suburban selfishness.

They sabotage simple domesticity and lace it with politics, violence, greed, lust, ambition, courage and stubbornness.  Like a restless swirl of wounds they refuse to let Greco settle. 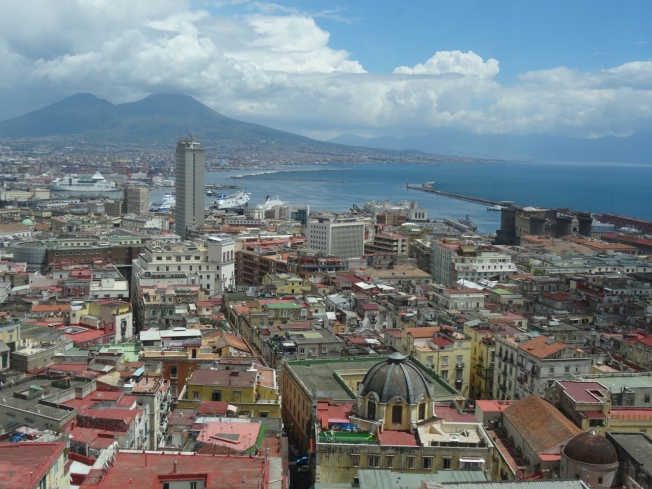 One of many views across Naples towards Vesuvius

As with the first two books in the series the complexities of these worlds are presented to us by two writers, both Elenas, the narrator and the author, and then, alongside their direction is a third, more urgent voice – that of Lila – courageous, piercing and brilliant.

Together, through female friendship and a neighbourhood of families, they present a city, both close to and from a distance; and then they show us the consequences of choice and of lack of choice … and the difficulties in choosing.

Those Who Leave and Those Who Stay by Elena Ferrante (Book Three, The Neapolitan Novels – Middle Time)

9 thoughts on “Book Review: Those Who Leave and Those Who Stay by Elena Ferrante”