There are names I heard at school that are still buried beneath teacher dust. Names I’ve never looked at again – unreachable, academic names.  Goethe was one of them.

Then, a few weeks ago, I bumped into him on the internet and I read his notes on Naples.  They were a happy find.

The notes Goethe made during his travels were published in a book called Italienische Reise (Italian Journey).  The work, translated from German into English by W H Auden and Elizabeth Mayer, is an easy read. 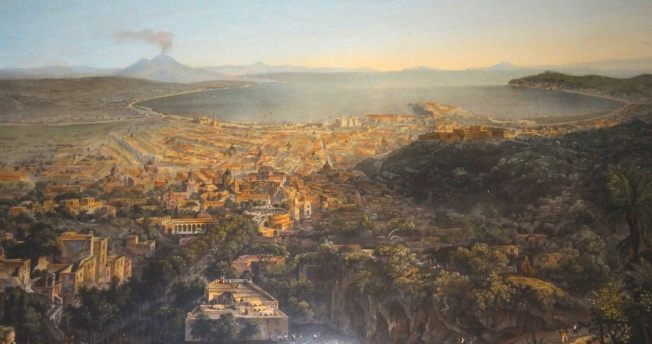 Goethe reached Naples in early 1787.  It took no time at all for the city to work its magic:

“We spent today in ecstasies over the most astonishing sights.  One may write or paint as much as one likes, but this place, the shore, the gulf, Vesuvius, the citadels, the villas, everything, defies description.”

There were however, two things that troubled Goethe about the Bay of Naples.  One was Vesuvius “… this peak of hell which towers up in the middle of paradise …”.

The ‘formidable, shapeless heap’ of Vesuvius

He didn’t like the volcano but it fascinated him, and he climbed it several times … the more active it was the better.  He took samples of the lava, and sometimes travelled with an artist who sketched Vesuvius as well as other sites they visited.

Goethe’s second issue with Naples was that he found it harder to work in the city than he thought he would:

“In Rome I was glad to study: here I want only to live, forgetting myself and the world …“

Thankfully he did at least manage fifty or so pages about the city and its bay, and the words bubble with praise.  As a great review they’re hard to beat.

Of course, the area has changed a bit since Goethe’s day.

Vomero area Naples, Italy, that now fills the green foreground in the right of the print above

The “languor” and “easy going life” he talks about are gone but the physical print, the light, the difference, the volcano, the sea, and the “numberless host … running hither and thither in all directions” are still there.

Goethe found treasure in Naples and much of it still glistens. 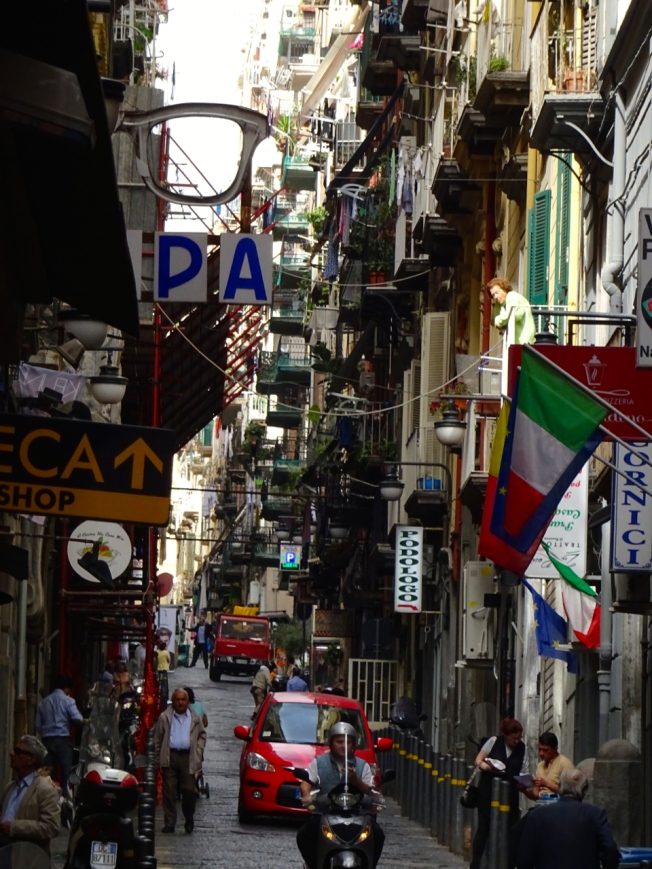 And back to Svendborg