The best treasure comes in chests, compact and crowded, that brim with what’s been most precious … and there should always be scars. 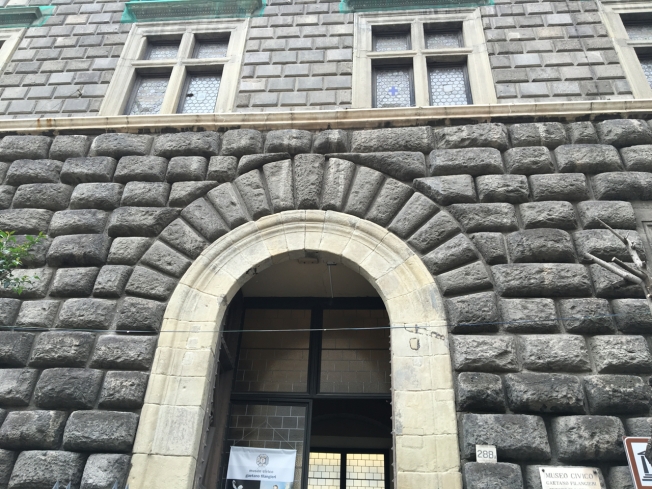 Grim, big grey stones stud its face on the edge of Via Duomo, a road that leads to the well-marked treasures of the city’s cathedral and the Cappella di San Gennaro.

I’ve visited the cathedral and its chapel often, and each time I’ve walked past this museum, at number 288, with hardly a glance.

Then last month, as part of a group on a guided tour, I stepped inside for the first time.

The noise and traffic of the street outside vanished, golden patterns filled the space above us, busts stared, and armour stabbed around the walls. 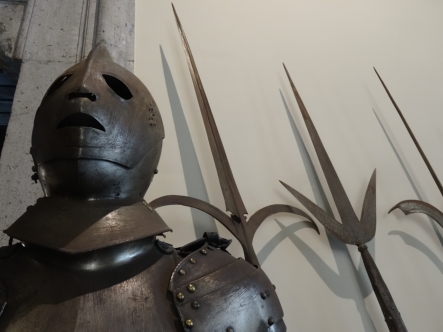 Displays of armour and weapons in the Museo Filangieri in Naples, Italy 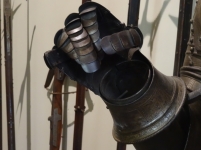 Armour on display in the Museo Filanghieri in Naples, Italy

The man who founded the museum, Gaetano Filangieri Principe di Satriano, was born in 1824, and died in 1892 four years after his museum opened.  He left its collection of treasures and its building, Palazzo Como, to the city of Naples.

Gaetano Filangieri did not build Palazzo Como – it was built in the 15th century – but he did save it from destruction when it was threatened by the tidy up of Naples, the risanamiento, which took place from the late 1800s onwards.  This urban reorganisation tore through the city with new, wide roads that flattened much that lay in the way.

Palazzo Como was saved by Gaetano Filangieri.  He paid for the Renaissance palazzo to be taken down, moved back 20 metres, and then rebuilt with three of its facades exactly as before.

Then he turned the building into a treasure of a chest.  He did this with the help of top craftsmen – some trained at the Scuole-Officine del Museo artistico industriale di Napoli,

This ‘school’, founded by Gaetano Filangieri and a few others, developed alongside the museum.  The group, worried by the advance of the Industrial Revolution, wanted to save skills as well as the treasures they produced.

Everywhere in the museum there is the sense of attention to detail, and of pleasure in the display of fine craftsmanship.  Even the glass in the windows is careful and particular. 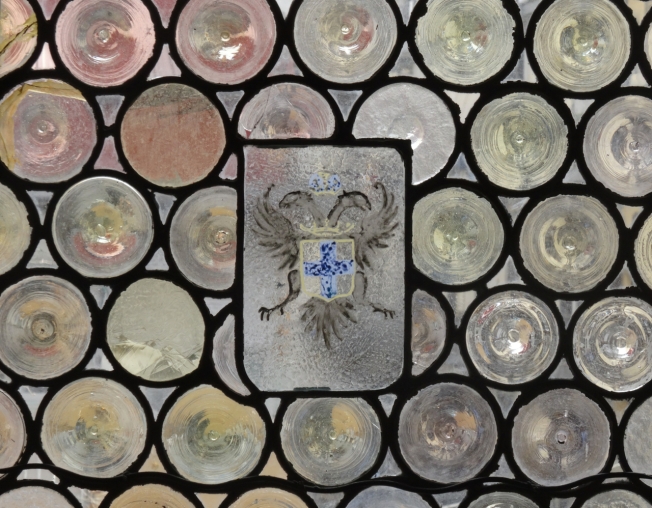 Window in the Museo Filangieri in Naples, Italy

The collection – armour, weapons, artwork, books, crafts and curiosities – fills the three floors of the museum despite depletion and damage caused by the Second World War.

In fact, considering that this museum is in a building that’s been shifted right off its foundations, and had to deal with bombing and sabotage it’s amazing anything survives at all.  But it does, and it’s fascinating.

The floor of the Agata Hall in the Museo Filangieri

The spiral stairs in the museum go up to the Agata Hall.  This room is lined with paintings and dominated by a detailed majolica floor, almost too good to walk on, that stretches the whole length of the room.

The Museo Filangieri in Naples, Italy

At the far end there is another staircase, this one in dark wood, that goes up to a mezzanine level where cases filled with ceramics, porcelains and small marble figurines, line both sides of the landings that lead round towards the library.

Two plates, rare survivors we were told of a Capodimonte porcelain dinner service

The library, which is above one end of the hall below, feels like the perfect study, and the man it’s linked to is remarkable. He was another Gaetano Filangieri, the grandfather of the museum’s founder.

The library in the Museo Filangieri in Naples, Italy

This earlier Gaetano (1753-1788) was a well-known philosopher and political thinker, famous for his work Scienza della Legislazione which put down in black and white ideas on how to organise societies based on freedom and equality.

The library in the Museo Filangieri in Naples, Italy

One of the people he wrote to was Benjamin Franklin and, although this was not the room where the letters were written, it’s easy to imagine the young Italian setting down his ideas, ideas which some claim may have helped to shape the American Constitution.

And then … take a pause … some key letters and manuscripts may not be there, but in amongst the books and quills is a chastity belt. 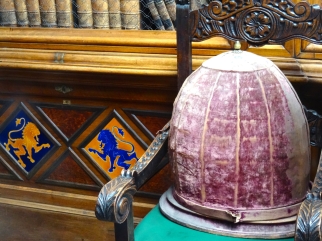 Case for a chastity belt displayed in the Museo Filangieri in Naples, Italy

Chastity belt displayed in the Museo Filangieri in Naples, Italy

This and its case is a surprise, but then in this museum there’s often something strange somewhere, tucked in amongst the beautiful. 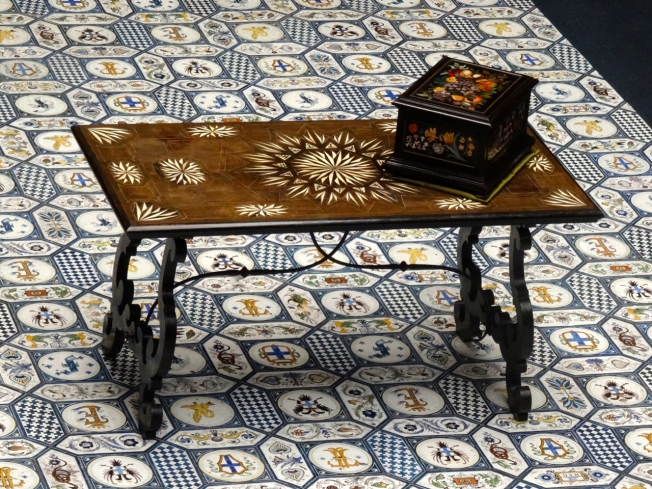 The Museo Filangieri in Naples, Italy

Today, a stone plaque on the ground floor lists those who helped to restock the museum after the Second World War. 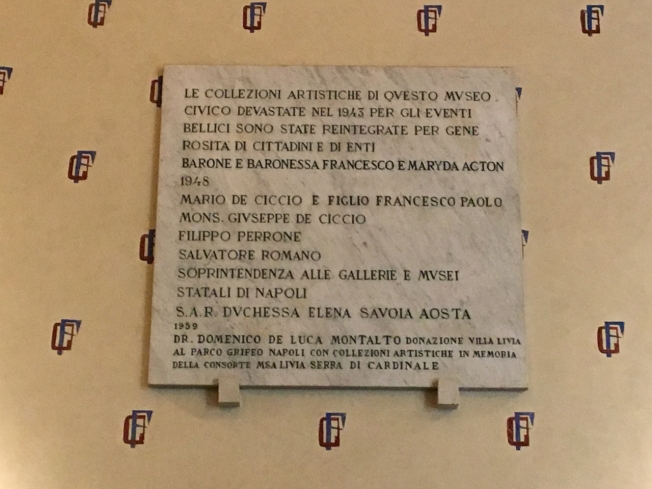 It’s thanks to these families and on-going efforts all round that the Museo Civico Gaetano Filangieri is now open and gleaming.  There’s plenty of pirate, as in armour and weapons, and plenty of treasure … it’s a great little visit.

Well ... it hasn’t been the easiest spring