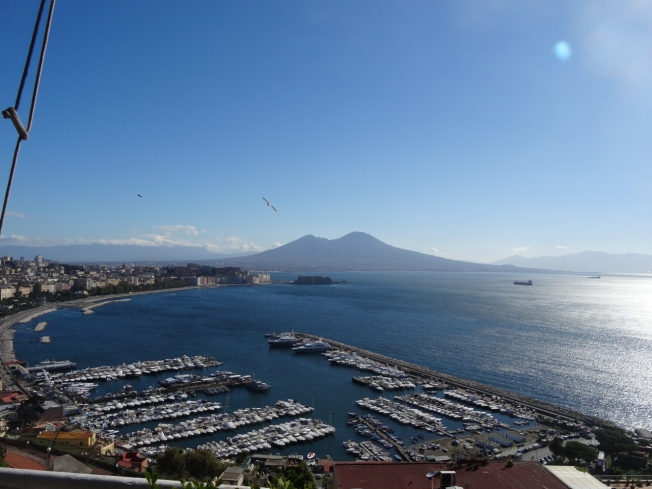 Naples, scarred and sublime, is now in a fight against defamation.  One of its latest battles is online.

This city of secrets has eyes everywhere … now they are wanted in the digital world. 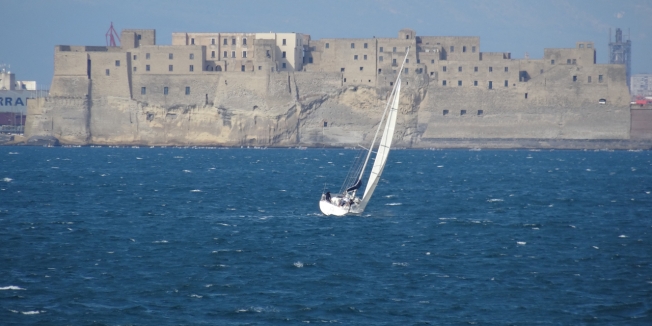 The city authorities have requested help in their bid to protect: “the image and reputation of the city of Naples and of the Parthenopean people.”

The public are invited to report any negative online coverage to the commune.  As a blogger this bothers me. 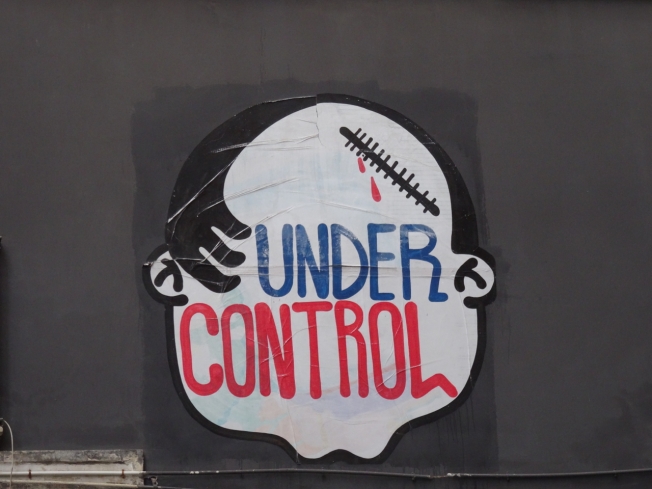 I joined local groups, I explored, and I wrote a great deal about the city’s history and its culture, about its treasures, frustrations, and pleasures … and I met no objections.  During that time I had no doubt that I was known, and I felt safe. 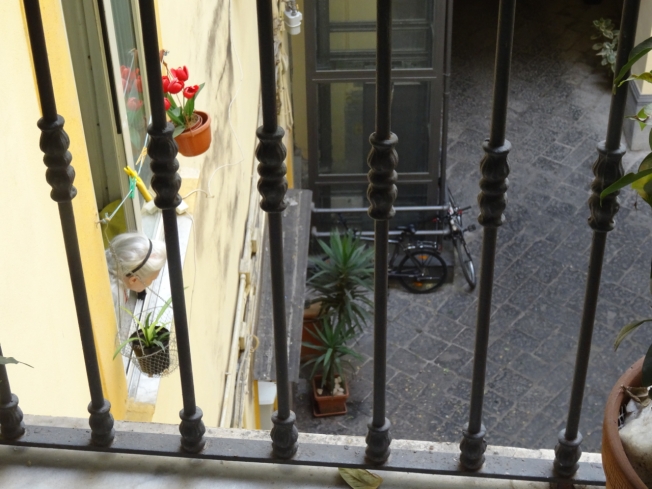 The only hurdles I met in connection with Naples were the prejudice of outsiders, and under-informed expectations … including my own.  Thankfully time in the city, and with local friends, plus hours spent in research and in improving my Italian, allowed me to travel deeper.

These images are part of my memories, my impression, of Naples … 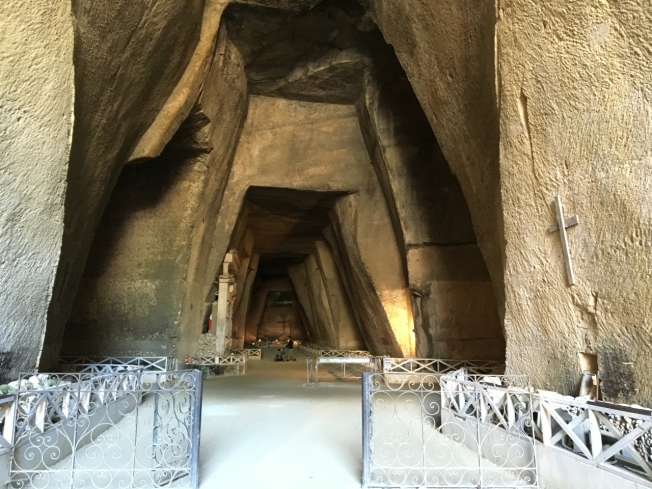 The Cimitero delle Fontanelle in Rione Sanità  in Naples, Italy

… a city that arouses strong emotions. 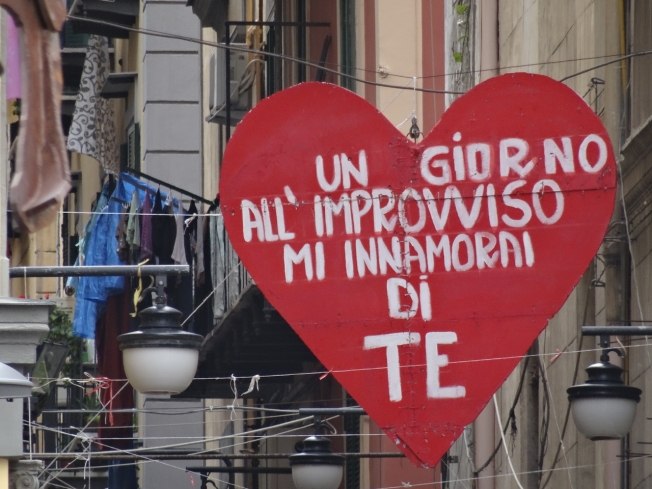 The words Napoli fans sing to their football team – “One day, all of a sudden, I fell in love with you”

Naples has colour and light … 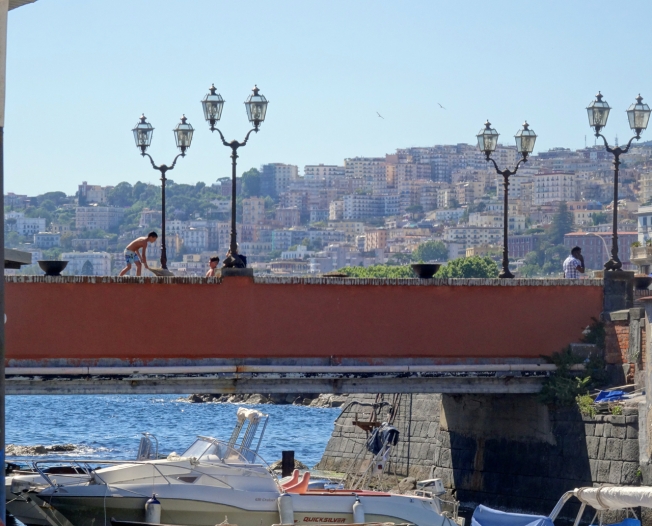 On the seafront in Naples, Italy 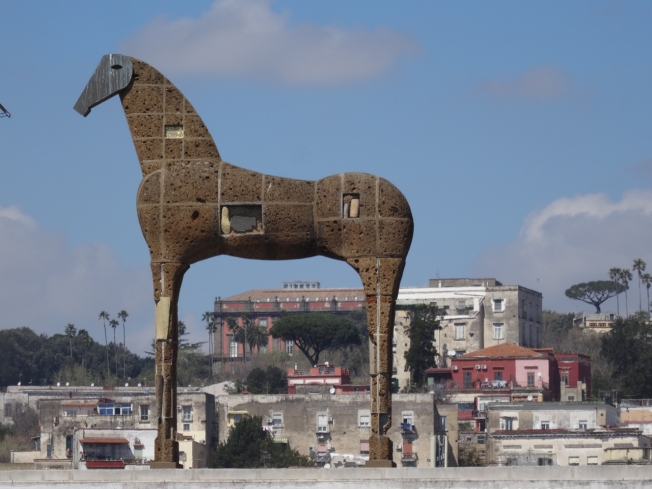 Naples, Italy: Mimmo Paladino’s horse on the roof of the Madre Museum in Naples with the Museo di Capodimonte behind 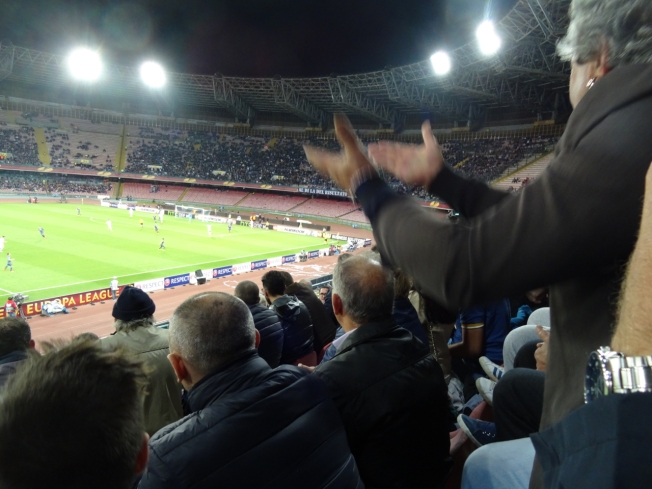 Football in the San Paolo Stadium in Naples, Italy

… and it has dignity, whether threadbare … 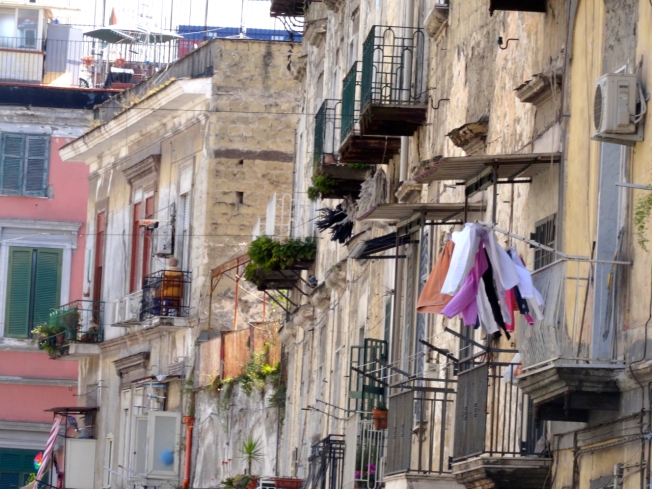 Lady on a balcony … the Sanità district of Naples, Italy 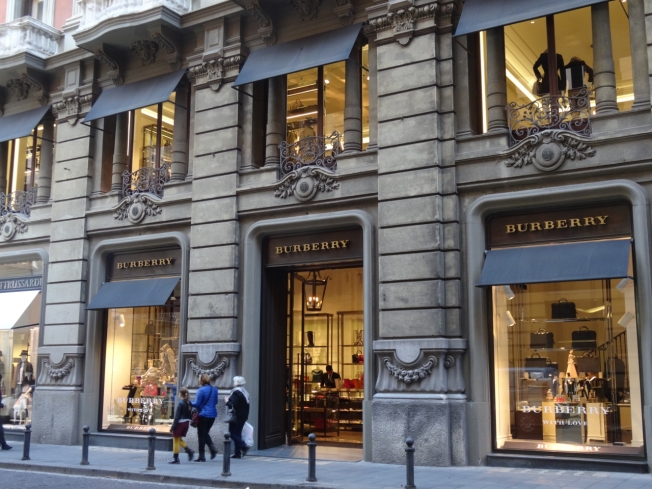 Via dei Mille in Naples, Italy

Its life has been shaped by its sea and its islands … 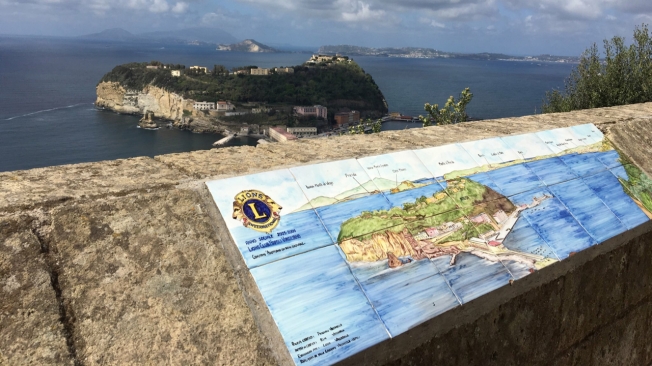 View over the Tyrrhenian Sea from Parco Virgiliano in Naples, Italy

… and its terrible volcano. 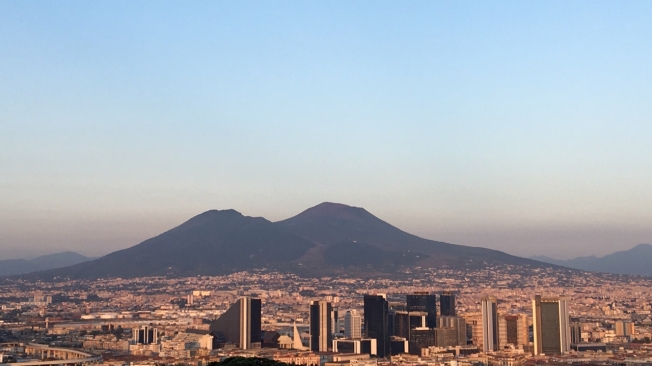 It is deep-rooted, and enriched by saints.

San Gennaro in the Duomo in Naples, Italy on 19 September 2016

It is at ease with superstition. 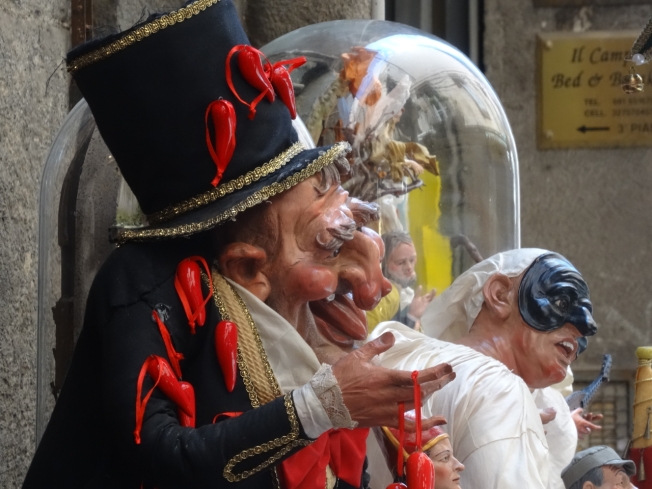 History has taught its people to keep trust within the family, and that to be Neapolitan is to be strong, and proud … to be your own person. 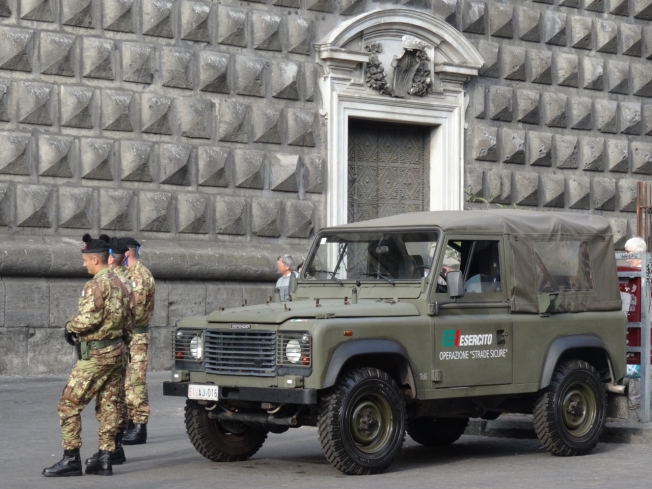 The military on duty in Naples, Italy

It is a city that observes.

I saw it through my lens, and I tried to capture the layers of artisans … 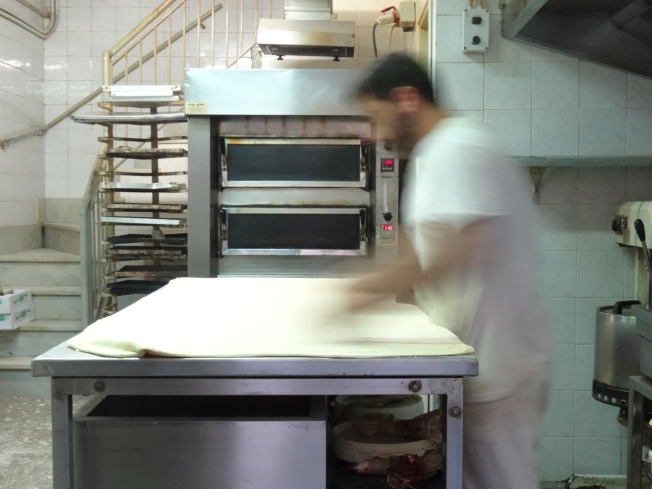 A baker at work in Naples, Italy 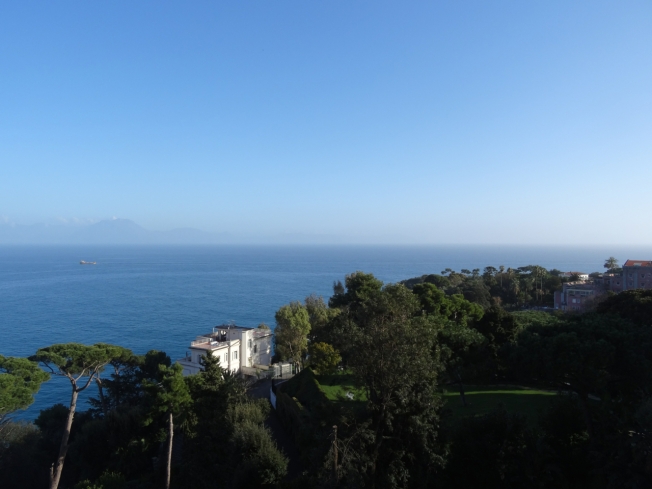 View over some of the beautiful villas of Posillipo in Naples, Italy 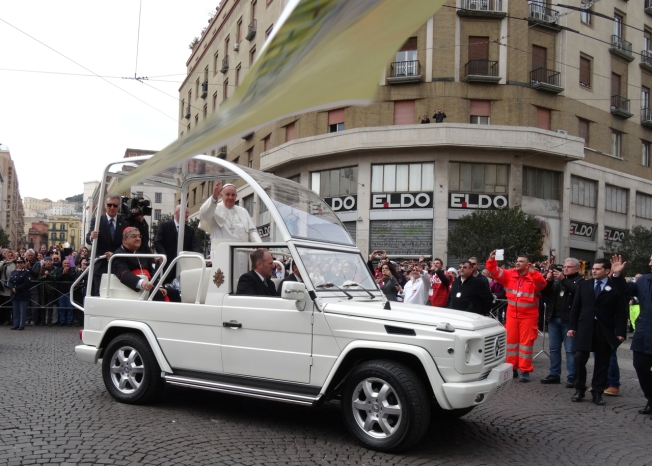 .. and its presence on the streets; … 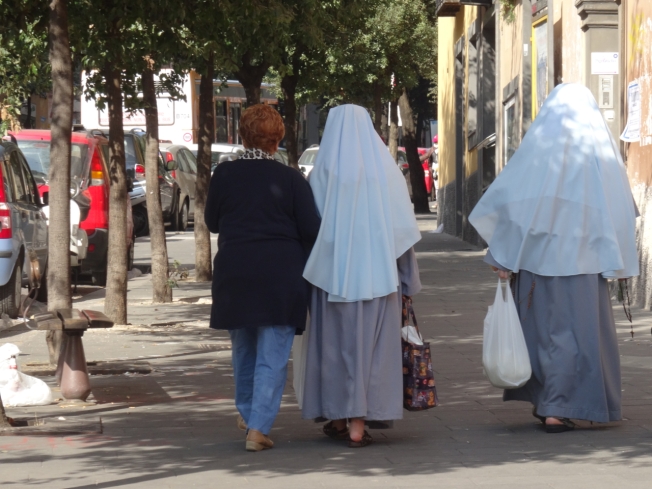 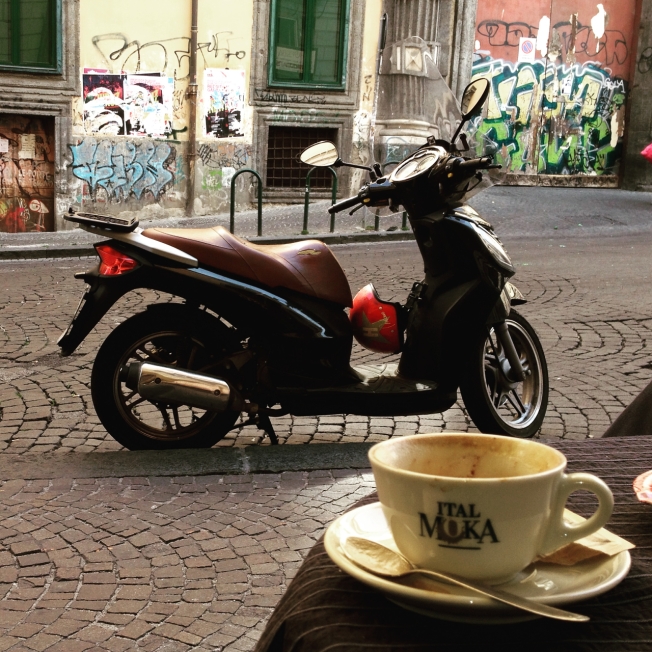 A coffee stop in Naples, Italy 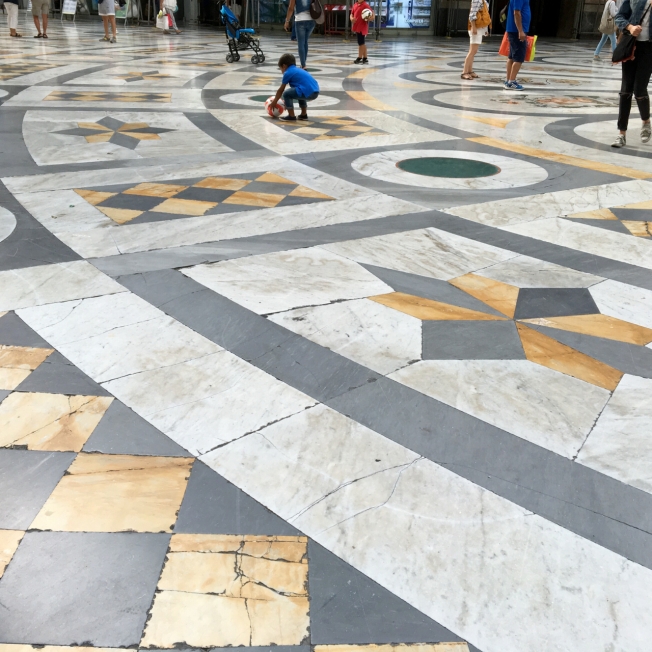 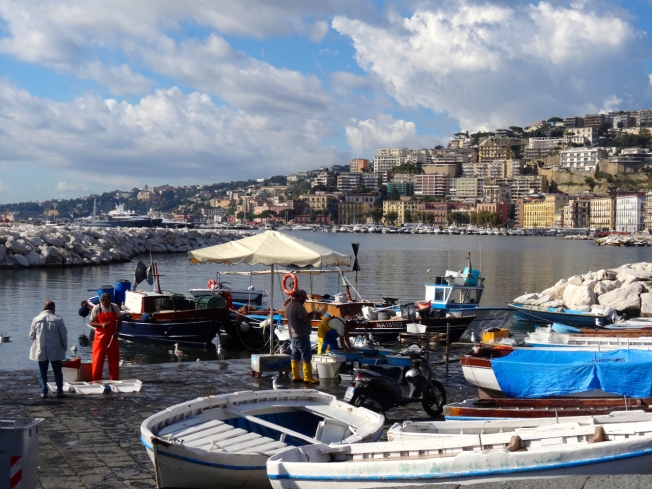 Perhaps Naples is a city that doesn’t need words at all. 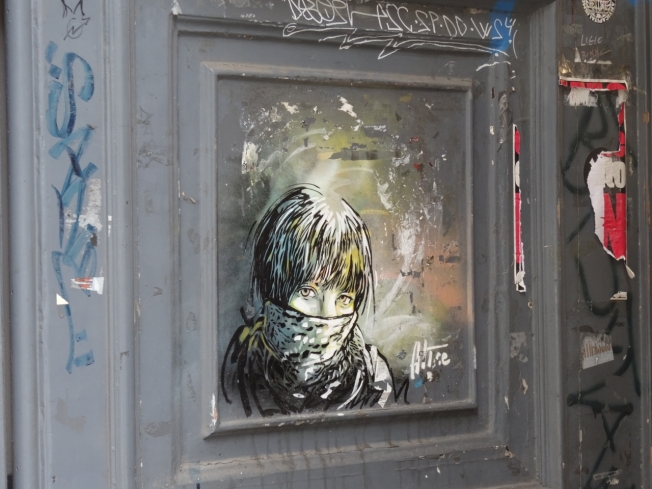 I just hope that its recent, public move to monitor online media doesn’t damage its originality or its future.