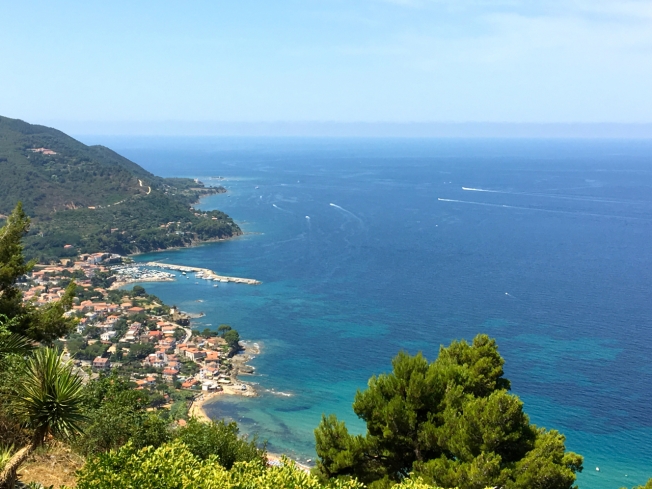 The coastline below Castellabate in Cilento in the south of Italy

A weekend in July, too hot to sit still … but … where to go? The north is too far and the south too scorched, so we settle on next door – Cilento.

Can’t claim brilliant local knowledge for the choice, rather over-indulgence … too many viewings of Benvenuti al Sud. 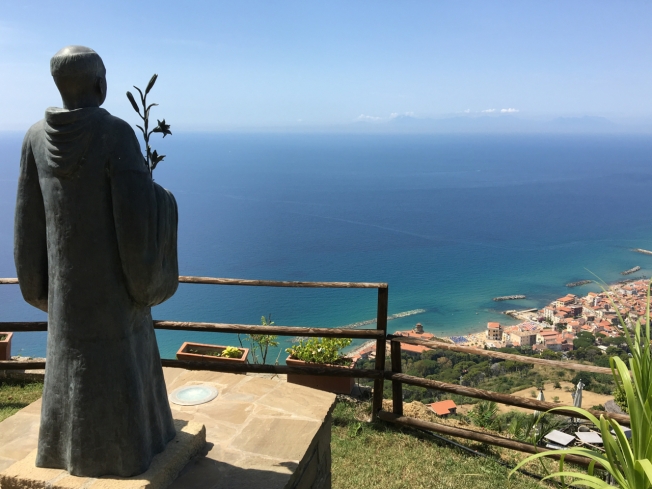 A statue in Castellabate commemorating the foundation of the Abbey of the Santissima Trinità in 1011 in Cava di Tirreni which led to the arrival in the area of Abbot Costabile Gentilcore in 1123. He built the fortified castle (Castellabate) to help protect the locals from the Saracen attack.

Our route there takes us through the outskirts of Naples, past Vesuvius, and on beyond Paestum, famous for its mozzarella di bufala and the beautiful completeness of its Greek temples.

Temple of Ceres, Paestum in the south of Italy

Quite a route, and Castellabate is a fine full stop.

The centre of the old town has two piazze. The first we reach is the one that features in the final credits of the film, Benvenuti al Sud. The square, more of a balcony really, has views out over the sea and into a sky that drifts with occasional gulls and the sound of laughter from the beaches below. 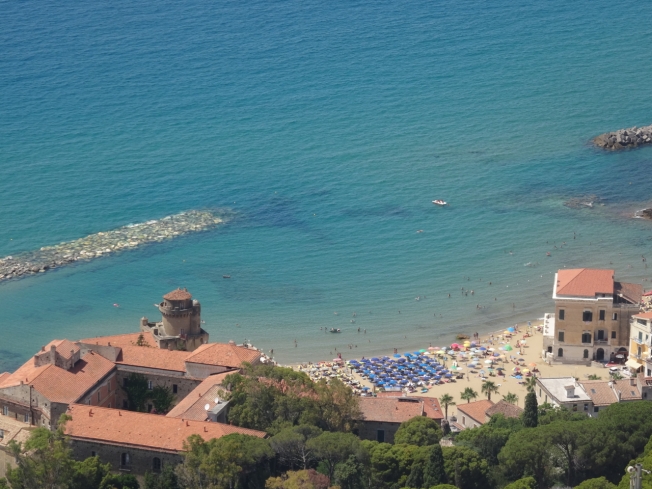 The view down to the beaches below the old centre of Castellabate in Cilento, Italy

We, and a crowd of about four, stand and stare … soaked in colour. 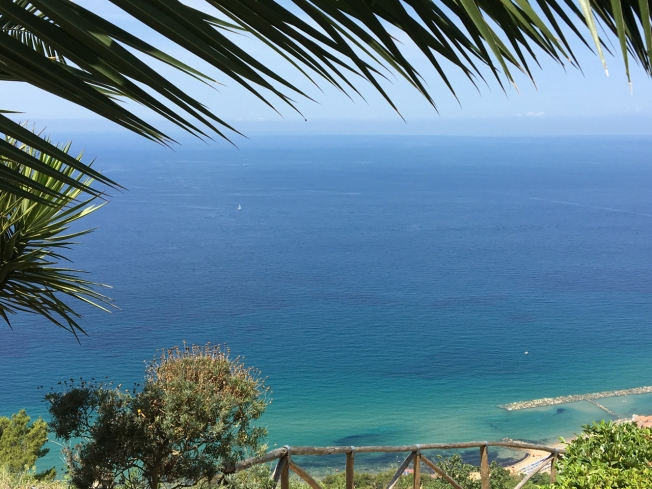 From there old, narrow streets lead us out of the piazza and further into the town. 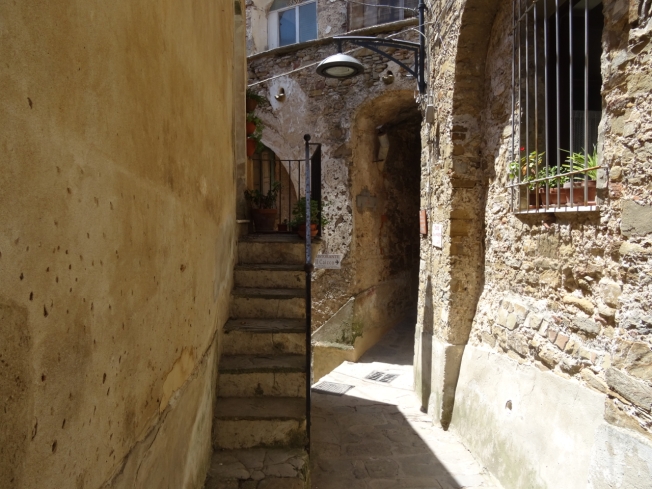 Street in Castellabate in Cilento in Italy

It’s a hot midday but there’s shade and many of the tight, tiny streets funnel the wind.

A plaque in Castellabate, in the south of Italy remembering monsignor Alfonso Maria Farina, who helped to restore and protect the town’s heritage

The second piazza we visit is the one in the film that hosts the post office. It looks different without the film set and smaller than I imagined it. Cafes and umbrellas now fill the film’s pop-up football pitch. 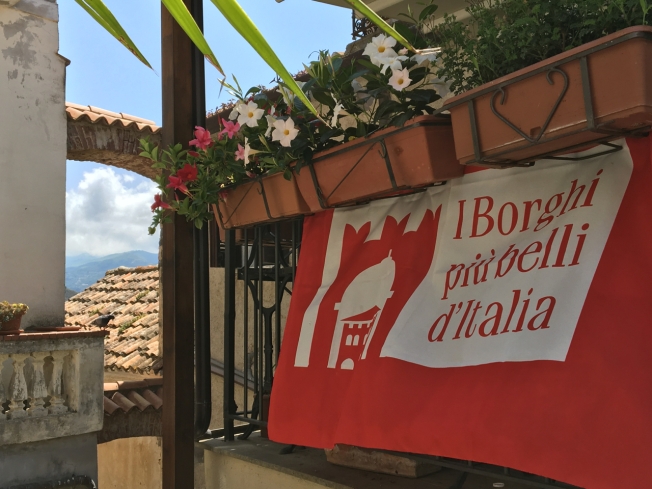 Castellabate – in the south of Italy

We flop in the shade for a lunch of traditional Cilento dishes – acqua sale and a plate of local hams and cheeses. It’s peaceful and perfect – a good place to end our first taste of Castellabate.

Plaque on the wall in Castellabate, Italy quoting Gioacchino Murat (King of Naples from 1808-1815): “Here one does not die.”

The next stage of our journey takes us deeper into the Cilento National Park.

View from Castellabate in Cilento in the south of Italy

6 thoughts on “A trip to the hilltop town of Castellabate in Cilento, Italy”