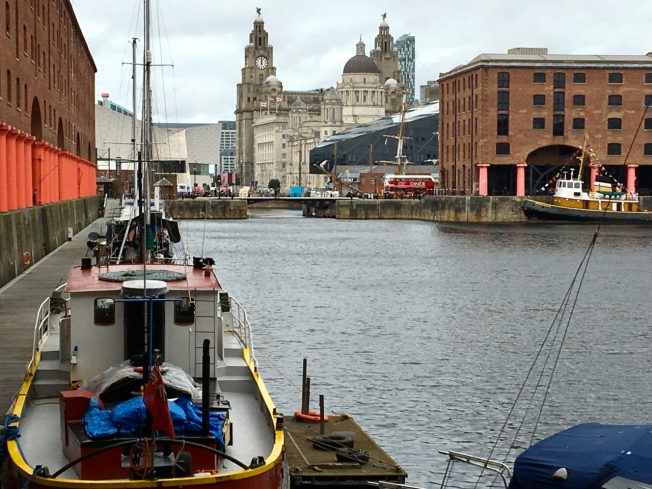 The docks in Liverpool, England

My first real visit to Liverpool was on foot this summer.  I didn’t walk all the way but I did do five miles through the outskirts to the cathedral as part of a fundraising walk on a hot, sunny Sunday.

It was only afterwards that I learned about the tension – that the city’s world heritage status was on the gangplank, and that Unesco (United Nations Educational, Scientific and Cultural Organization) was about to decide whether or not to give Liverpool the final shove. 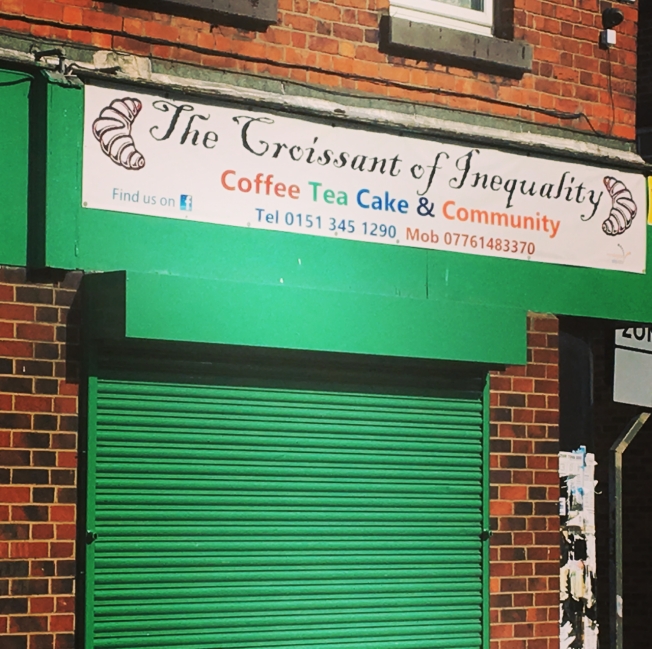 A week after our walk Unesco had decided. Liverpool is to be stuck on that gangplank for another year whilst plans for its docklands and its skyline are re-examined. In 2018 we’ll know whether there’s to be a splash or not.

To be honest, on the day of our walk I had no idea that any of Liverpool was classified as a world heritage site. 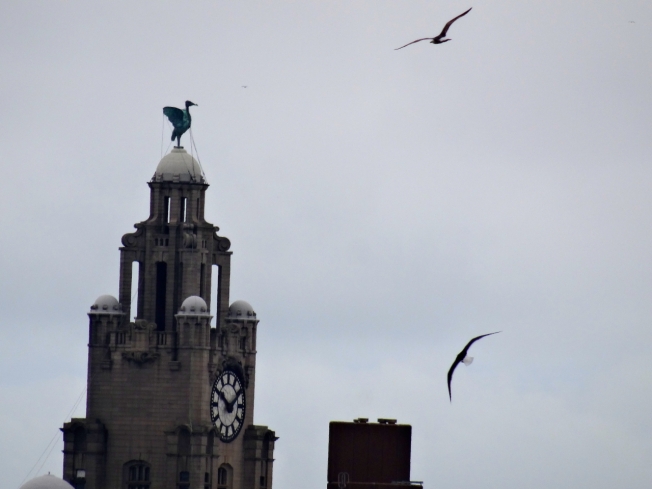 In fact I had no idea how selection for such status worked.  This is a taste of what I have now learned.

“To be included on the World Heritage List, sites must be of outstanding universal value and meet at least one out of ten selection criteria.”

Down by the docks in Liverpool, England

These ten criteria are on the Unesco site, along with an explanation of why the area around Liverpool’s docks has earned its world heritage status. Here is part of the official reason:

“Liverpool is an outstanding example of a world mercantile port city, which represents the early development of global trading and cultural connections throughout the British Empire.”

The Mersey in Liverpool, England

The day after our walk we visited the docks. Their extent, and the size of the Mersey took me by surprise. The space is bold and strong, a solid slice, a belt that has swept trade, and history in from the Irish Sea, and back out again towards America and the world beyond.

The docks in Liverpool, England

What worries Unesco is that more development is planned for the edge of the low-slung Mersey, with its red-brick lining. 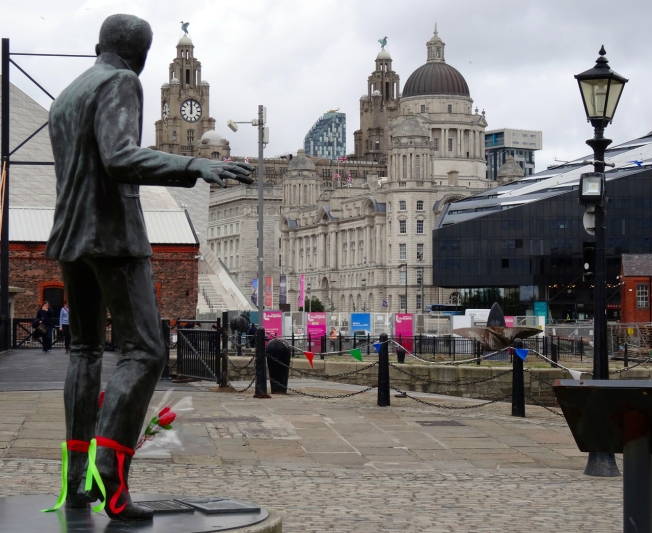 It doesn’t take long by the docks, or anywhere in Liverpool, to see the collision between change and history.

Our walk took us through Huyton, Knotty Ash, and Old Swan, down through John Moores University to the Metropolitan Cathedral.

Each area was different, stuck suddenly on to the next … a mixture of the old, the new and, occasionally, the very forgotten. 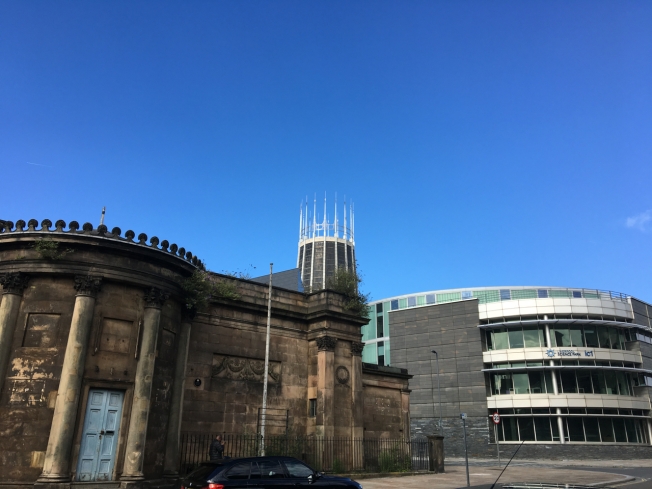 It made for an interesting glimpse into Liverpool’s dilemma – how to balance heritage with opportunity.

And it made evident that the current development stand-off is not the first time the city has faced these sorts of questions. The architecture tells you that Liverpool is a city in constant evolution. Just a stroll down Hope Street is proof of this.

The street lies like a double-ended exclamation mark between the city’s two cathedrals – evidence if any were ever needed that Liverpool has never been too frightened to be bold.

On display in the Anglican Cathedral in Liverpool

This is a city that holds its heart outwards, and is proud above all of its people …

In the Metropolitan Cathedral of Christ the King in Liverpool, England

… and of their identity, their culture, and their talent, all of which have carried the city’s name around the world.

A notice in the cafe in the Anglican Cathedral in Liverpool, England

Today, Liverpool is perhaps best known for its music. This too has been recognised by Unesco, who has included it in its Creative Cities Network (UCCN). Here’s part of the reason why:

“Home to 470,000 inhabitants and one of the most influential rock bands in history, music is at the heart of Liverpool’s’ cultural identity and is an important driver of its local economy, generating more than £70 million in annual turnover.”

And it’s not only the Beatles …

Billy Fury by the Mersey in Liverpool, England

Liverpool is crammed with personality and possibilities. Now the city is in the mood to expand with new buildings sprouting and more planned.

Even our brief visit was enough to feel the wind in Liverpool’s sails … I just hope there’s no splash.

In the Metropolitan Cathedral of Christ the King in Liverpool, England

Below are three Unesco links giving further details on the above:

this gives the reasons for Liverpool’s world heritage status;

this lists the criteria for achieving such status;

and these are the reasons for Liverpool’s inclusion in Unesco’s Creative Cities Network.

Here is a link to an article with more information about the developments.