China has closed its domestic ivory market. The evening begins with speeches, each given to mark the giant step taken by China to protect the elephants of Africa.

This is the reason politicians, experts, and the press have come together in the Houses of Parliament in London. They have come to pay attention to what China has decided, and to be reminded of all that there is still to do.

The Chargés d’affaires of the Chinese Embassy in the UK, Minister Zhu Qin, addresses the packed room:

“…To live up to this duty of keeper and protector countries need to join our hands together, and work hard together. So China stands ready to continue its role as a world leader in eco-conservation. We will enhance our co-operation with other countries, including the United Kingdom in this regard. Together we can build a more beautiful home for mankind. Together we can do more. Thank you.”

The next to speak is Secretary of State for Foreign & Commonwealth Affairs, the Rt Hon Boris Johnson MP. His message includes a warning, and an announcement:

“…Provided the ivory trade isn’t simply allowed to relocate to Vietnam, or Laos, or Burma, or indeed anywhere else, and I’m afraid there are warning signs that that is already happening, then China’s enlightened and far-sighted decision will give humanity a better chance of halting, and eventually reversing, the tragic decline of the African elephant…”

“…I am very, very glad to say that earlier today, also, the Hong Kong Legislative Council voted to end the territory’s ivory trade by 2021, with no compensation for dealers…”

The messages are clear, and the biggest of all is that China has stepped forward to help the world stem the lifeblood of the African elephant as it seeps from the planet.

On a small screen to one side of the room statistics flash up, each emphasises the urgency of the issue. From one screen shot, a pair of dark eyes reach into the room – the statistic above is bleak:

The face is a reminder that thousands of miles away in Africa men and women, caught in the corrupt vortex of the illegal wildlife trade, struggle daily to protect elephants from attack.

The situation is difficult and urgent, but there is hope. China’s new laws, and its public adoption of the role of “keeper” and “protector” for the planet, are vital steps towards securing the survival of Africa’s animals and its wildernesses.

The elephants’ future remains precarious but the reception in London has shown that they do have powerful friends. 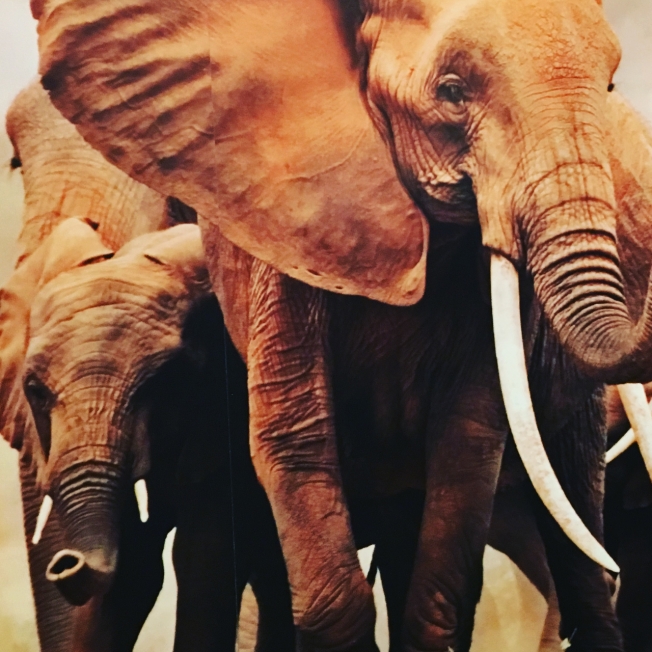