At the entrance to the exhibition of Don McCullin’s photographs at Tate Britain, London

Black and white and not very big, each frame – and there are rooms of them – shows what it felt like to be there. Not easy most of the time, but so compelling.

The exhibition of photographs taken by Don McCullin over the last sixty years is on at the Tate Britain in London until 6 May 2019. I went last week…so did plenty of others. 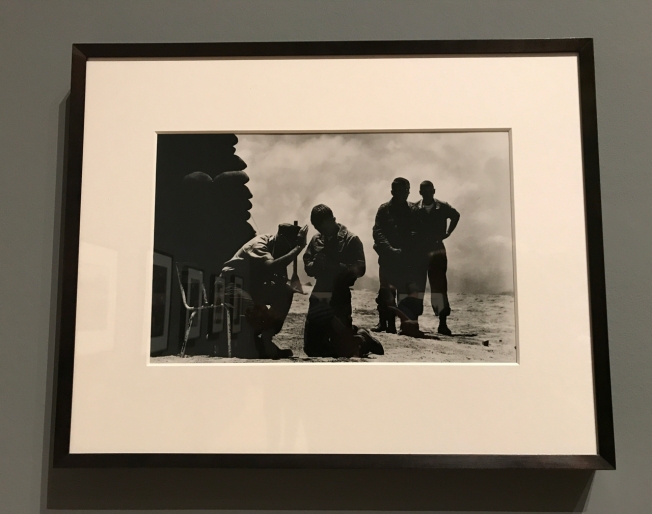 The photographs file around the grey walls in a single line, displayed according to conflict or location.

It starts in London in the late 1950s and ends up with recent images of the English countryside.

In between McCullin’s lens takes viewers into the wounds of the world – from Northern Ireland, Cyprus, Berlin, and the Congo, to Vietnam, Beirut, southern Africa, the Somme and Syria, with others in between.

It is not a sunshine tour. I found the exhibition exhausting but profound, impossible to resist…despite the damage. 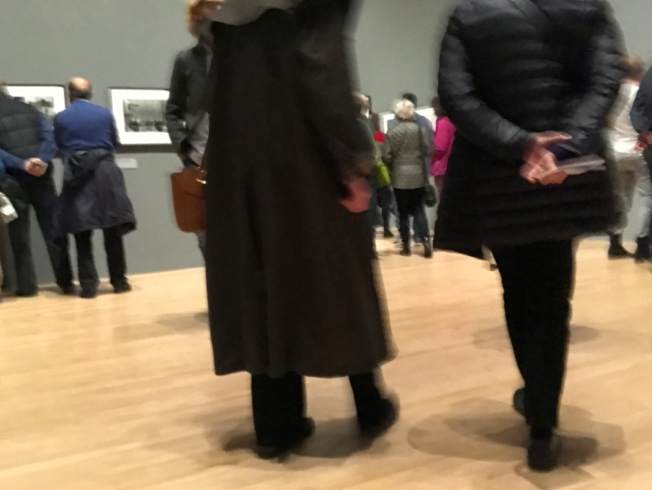 Some photographs have comments beside them which provide context, but they never overwhelm the images themselves.

Don McCullin’s own start in life was not easy. He grew up in north London, and was only 14 when his father died. He left school at 15, and found his way into photography with an image he took of a gang of former schoolmates who posed for him in a derelict building. Since then he has not stopped taking photographs

Many of the early photographs in the exhibition are of boys and men caught up in conflict, particularly in Northern Ireland. There is also Berlin and the building of the Berlin Wall, and Cyprus. There is action and, for the most part, a certain distance.

The exhibition of Don McCullin’s photographs at Tate Britain, London

Then, there is a family in grief with a dead man on the floor, and the mood begins to shift, the pain to intensify. In Africa it fills his lens.

The exhibition of Don McCullin’s photographs at Tate Britain, London

Here, and in the conflicts that follow, Don McCullin faces us again and again with destruction and its consequences. He gets so close that we’re trapped, forced into the eyes and lives, and loss of others.

Much is about war, but not all…there is also starvation and disease, and the forgotten corners of society. It is a devastating collection of evidence, proof of what has been done to others, the viewpoint impartial and immersed.

There are quieter images towards the end of the show – the battlefields of the Somme, old ruins, still lives, and the English countryside – a chance to unwind, to release what we have seen. Easier for us to do than it is for Don McCullin.

Exhibition notes tell us of his conflicted emotions at being present – once to take the shot, and again and again with the development of each print.

The evidence is his…and we are all in the dock.

Don McCullin – The battlefields of the Somme, France 2000

An interview with Don McCullin