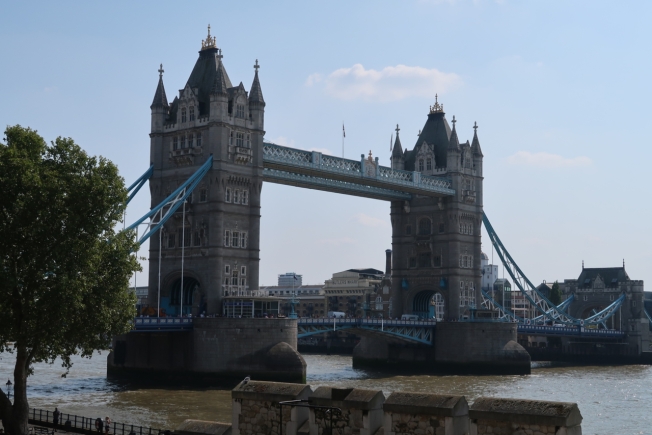 Tower Bridge seen from the Tower of London

Tower Bridge, grand show-off and London’s fascinator, is not just a story book gateway – it is a steel-framed masterpiece of Victorian engineering, and one of the city’s greatest living links. 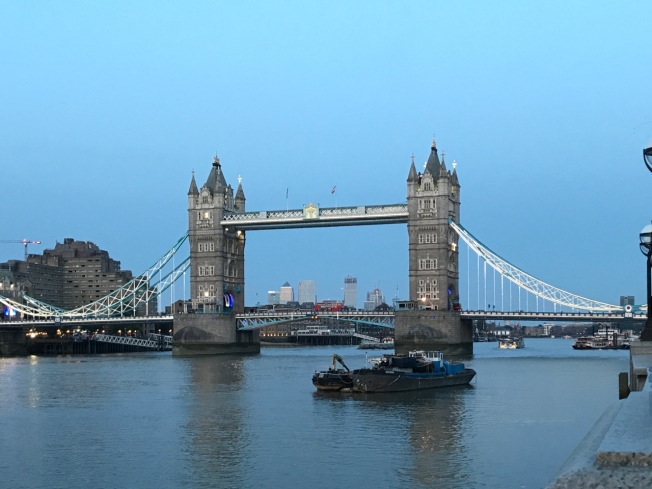 Tower Bridge in the evening

A few weeks ago we went to see some of it from the inside. The experience was a 360° wonder of a visit that took in views, designs, machines, film, stories … and the famous glass walkway. 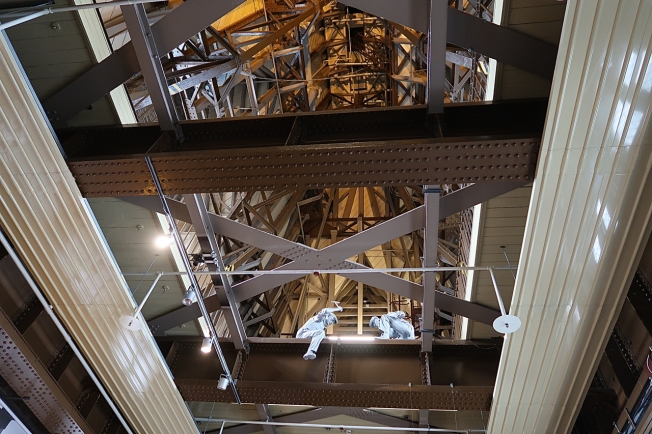 Tower Bridge was built to take some of the congestion off its neighbour – crowded London Bridge – and to provide a shorter route through to the East End of the capital. There were arguments for years about the design and the funding for the new bridge, but finally work began in 1886.

None of it was easy. It took miles of steel, piles of rivets, and the daunting task of sinking caisson foundations 6m down into the clay of the river bed to support the great weight of the bridge, and its hydraulic machinery.

An additional difficulty was that the bridge had to be built one half at a time, so that the traffic on the river could flow through. This constant movement of shipping was vital as the site was right beside what was then the busiest trade port in the world. Such was the care needed to do this that the build time doubled from four years to eight years, and included a second, steam powered hydraulic lifting system in case the first one broke down. 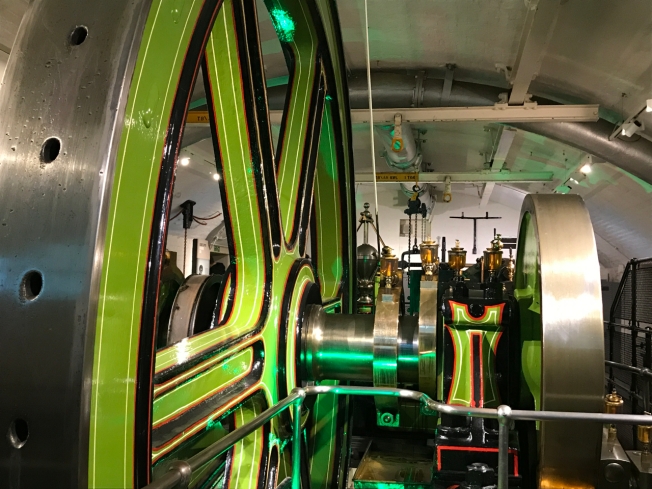 In the engine room of Tower Bridge, London

The old steam systems can still be seen in the engine rooms, although electricity now provides the power, and the bridge does not open as much as it used to. The year the bridge opened – 1894 – it averaged around 17 lifts a day, now, 125 years later, it’s about two times a day. 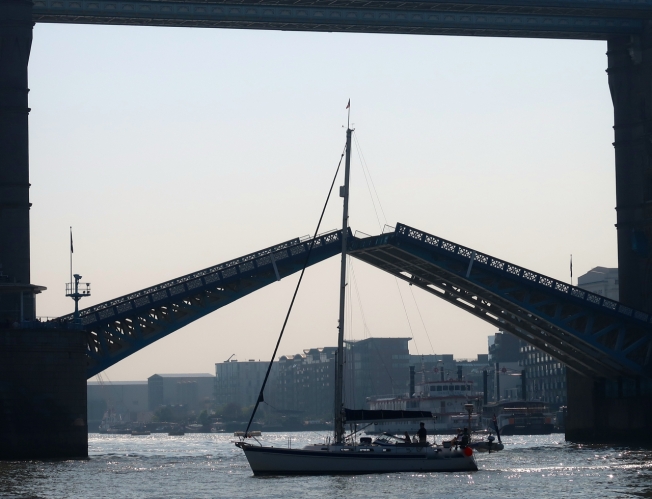 The exhibition explains all of this, but the great news for non-engineers is that there is another major distraction inside the bridge … and that is the glass walkway.

Once the entrance lift has released you into the top level of the bridge the walkway is just around the corner and impossible to miss, because suddenly the ebb and flow of London is right beneath your feet. 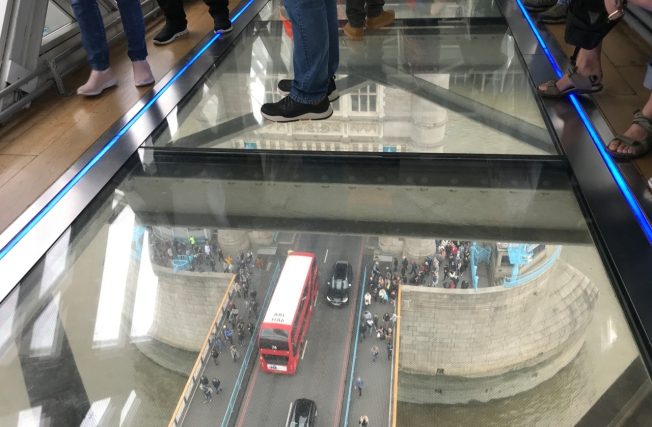 View from the glass walkway on Tower Bridge, London

There is room to walk around the glass (just), and somehow enough space for everyone. When we were there a party of excited primary school children came in from the opposite end, and squidged their faces as close to the river as they could. 40 metres down is a long way! 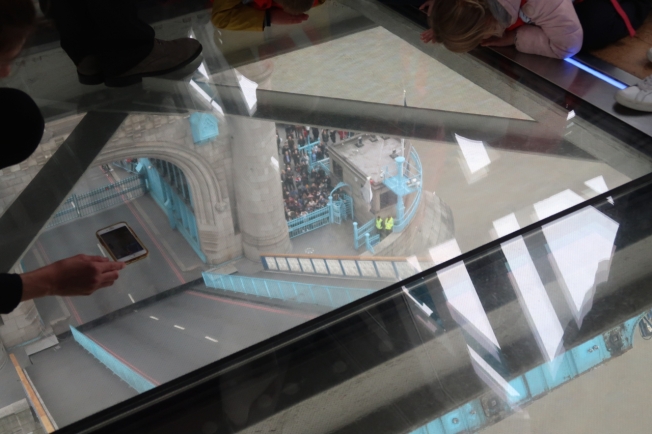 We were there in time for a bridge lift. It seemed to take an age of nothing, but it was completely gripping.

First the pedestrians vanished, then slowly, slowly the solid grey cracked, and a gleam of brown shone through as the blue-tipped arms began to open wide, and then even wider, while the children chattered like seagulls. We waited, and waited, and then a yacht motored through beneath us, headed for the docks, with everything neat and tidy on its tiny, distant deck. A police craft bobbed after it, and the bridge began to lower again, until suddenly there was only grey tarmac beneath us, with its rush of traffic. 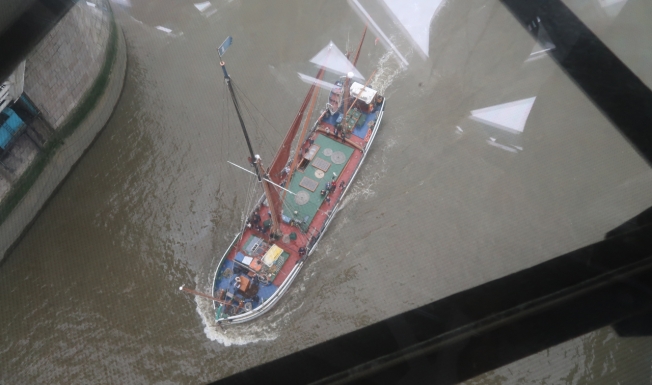 It had been our private show – a miniature circle of life, of journeys interrupted, and then rejoined on one of the great city rivers of the world.

Heading on to the docks – view from Tower Bridge

We moved on, part of the tide, through another wide hall, to the next parallel walkway with new views of the Thames, this time from St Paul’s round to the Shard. 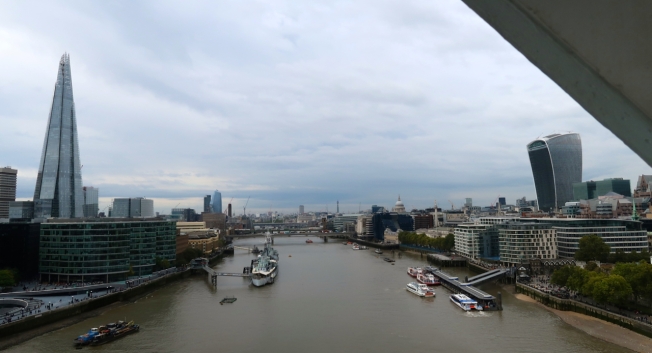 Information displays lined this walkway, just as they had done in the last. 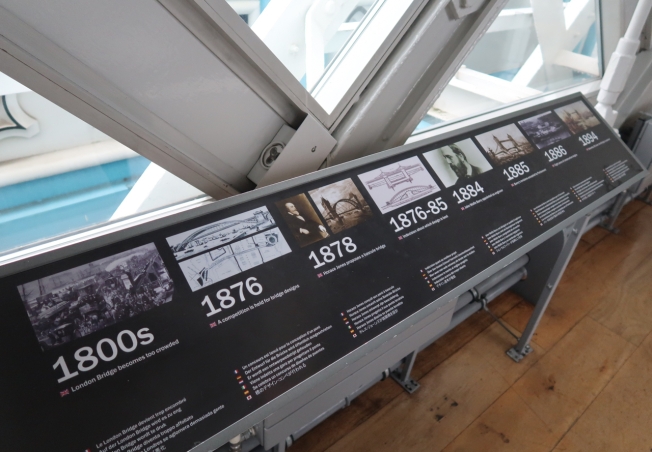 We soaked up as much as we could, and then went down the wide stairs to the pavement outside, and round to the engine room where the polish and green of its steam driven days filled the low spaces. It was the last section of our wander through the exhibition, and well worth the walk.

Would I recommend a trip to Tower Bridge? Definitely … there are congestion points but all are well managed. 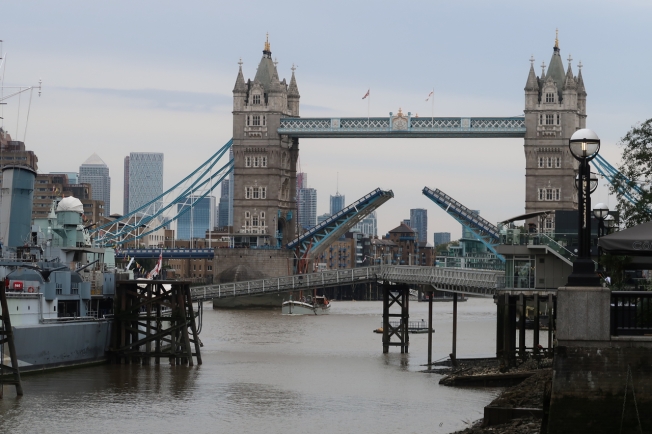 This should take you to the Tower Bridge website.

If you’re interested in a fun run starting at Tower Bridge, the Building Bridges Not Borders Run is scheduled for 27 October … for Brexit reasons. Here’s a little about it:

“… The idea originally was a simple one: to create a wonderful city walk for anyone interested in “discovering” London. This led to the design of a half marathon route which crosses 12 bridges along the River Thames, starting at Tower Bridge on the edge of the City of London and finishing at Putney Bridge…”

The route can be broken down into 3 parts, in case anyone is put off by the distance!

To find out more about the run please contact: sbanks@indosgroup.com”

Finally, a short clip from Peter Pan – ” … second star to the right, and straight on ’til morning.” 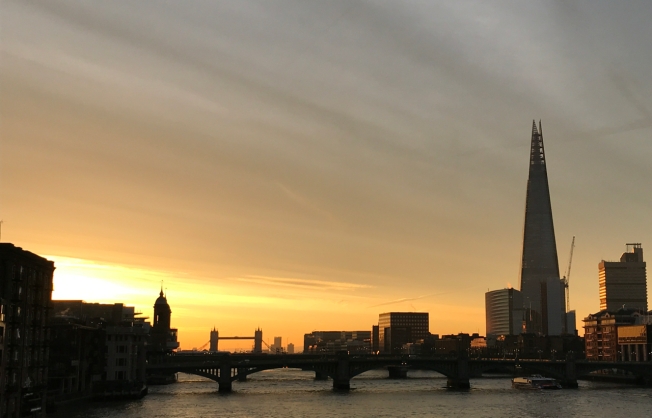 Tower Bridge in the early morning