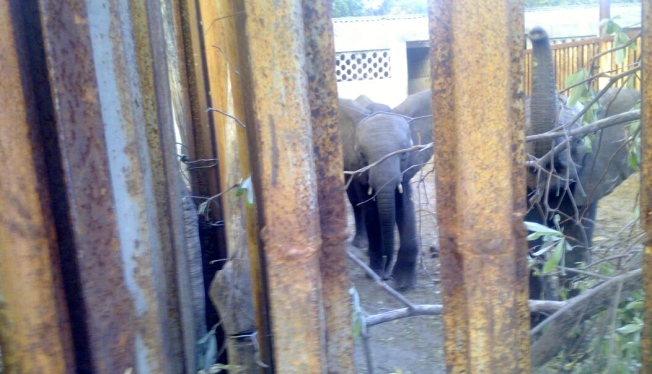 Two of the young elephants currently awaiting export in Zimbabwe

Elephants have paced across Africa for more millennia than man.  It is their home … but it’s not safe.

The biggest threat to elephants is us.  Our species is a newcomer to Africa compared to the elephant but it seems that we might be about to butcher and barter the largest land-based mammal on the planet into extinction.

The latest cry of pain echoes around Zimbabwe’s possible plans to export young, wild-caught elephants and other game.  It’s feared that the elephants are headed for China and that they will face the same conditions as the four sent in 2012.  Three out of those four have now died.

The confusion regarding the final destination for the youngsters has led some to the more ominous conclusion that the thirty or so now held are part of a reported order from within China for 100 elephants.

Apparently there are already import licenses for seven of the elephants to fly to the United Arab Emirates (UAE) and the suspicion is that once there they will then be sent through the legal loophole that leads on to China.

Animal charities and welfare organisations worldwide are on the frontline of efforts to stop this proposed further export. Asia for Animals Coalition (AfA) has sent letters to those who might be able to influence the export.  The letters include the following statements: 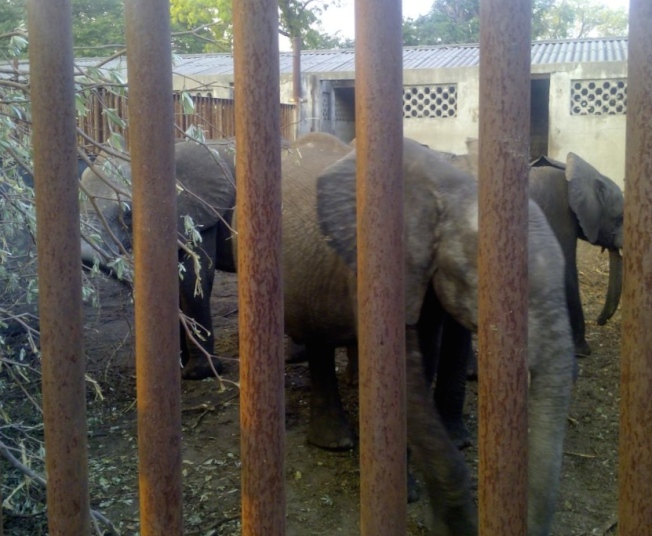 “The transfer of wild-caught elephant calves to zoos is morally indefensible.”

“The transfer of wild-caught elephant calves to zoos is morally indefensible.” 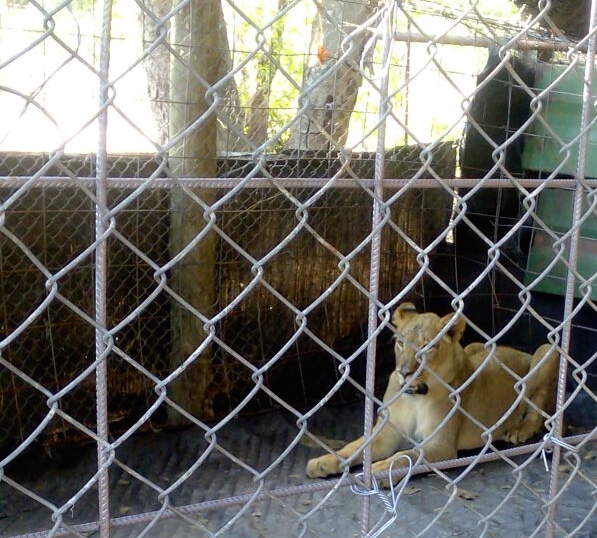 “The capture from the wild and export of African elephants and lions is a conservation issue that should be a major concern to CITES Parties.”

The letter also notes that on April 4, 2014 elephant trophy imports from Zimbabwe were banned by the United States of America (USA) due to concerns the USA had about Zimbabwe’s elephant management plan and the accuracy of the information it held on the number of elephants left alive in the country.

Zimbabwe has been in turmoil for decades and many of its animals have not escaped the consequences.   It seems the final indignity, the sale of its elephants, creatures that are known to share our own sense of family and loss, is threatening to gather momentum.

An English poet, John Donne (1572 to 1631) dedicated a full verse of his poem Progresse of the Soule to the elephant.  He describes it as:

Over 400 years ago he sensed its vulnerability:

“And foe to none, suspects no enemies, …”

If you want to end on a smile please watch this YouTube clip about baby elephants in the wild.  It will only take a little over two minutes of your time.

6 thoughts on “What’s going on with Zimbabwe’s elephants?”

The difference a little can make